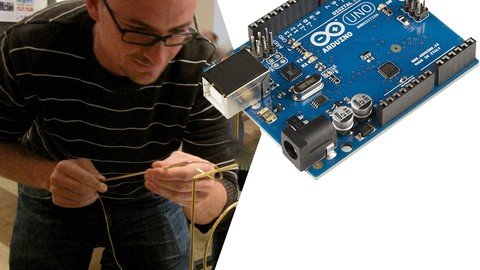 Buzz Wire Game is a well-known way for having fun, Learn how to Implement it using Arduino and Start Playing
​
What you'll learn

Buzz Wire Game is a well-known way for having fun, Learn how to Implement it using Arduino and Start Playing

Buzz Wire Game is a game that uses connectivity and electric conductivity to test your ability to focus and move in a maze without mistakes, it's an old game that we all had fun playing.

Why you should take this course?

You will know how to make an Arduino Buzz Wire Game , along with that you will learn the basics of electronics and electric circuits without needing much in the way of supplies

You will learn basic coding in any language, or be able to open up their Arduino IDE for the first time.

Achieving this goal would also involve basic understanding of math and geometry, as well as many other skills.

Learn how to implement the game using Arduino-

In this course, you will learn how to create your own Buzz Wire Game using Arduino and convert it to a fun challenging game, and how to set an alarm that goes on when someone fail to finish the maze without touching it

Jump in and start this full of fun journey

Who this course is for: