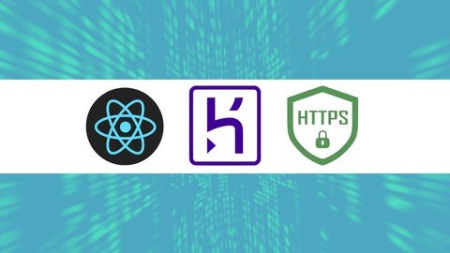 After the completion of this tutorial series, You will have an easy to update

instance of a React app Hosted live on Heroku.

You will also have boilerplate React code stored on GitHub, ready to be deployed on

Heroku for easy development of additional React based apps.

The end code will also include a server for further development, to

if you wish to expand on the code with the subsequent tutorial.

You will be taken, step by step through the process of development, configuration

This code is designed to be easily expanded upon, whether you need CSS and SASS

a few scenarios. These will be covered in detail in future tutorial series.

So if you wish to create, develop and deploy React based app's that you can

display on the web, quickly, easily and for free, this is the tutorial series

In future courses, we will be continuing to build upon this boilerplate code, as

well as configuring Heroku to work with custom URLS and SSL certificates.

needs when they are required.

From there, we will move onto the next course to further improve the utility of

our react boilerplate code to include easy CSS implementation by incorporating

a variety of libraries directly within our index.html, as npm packages included

in the client side package.json file and be setting up SASS to easily organize

and compile CSS code that can be used throughout your app.

advanced uses for the Express library to create an API, expanded React functionality

and tying everything together with Node.js

code for more streamlined development. This will assist in the creation of single

page web applications and allow for easier access to state throughout your apps.